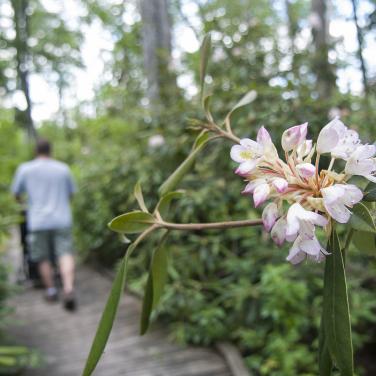 There are four popular hiking trails, maintained by the that run through Pachaug State Forest.

The Rhododendron Sanctuary Trail is handicap (wheelchair) accessible and is located in the Pachaug State Forest's Herman Haupt Chapman Management Area. The sanctuary becomes spectacularly scenic when the Rhododendron are in bloom (June and July).