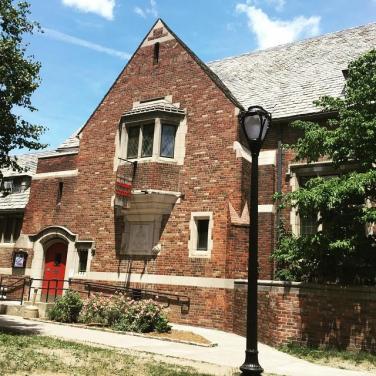 An experimental theater company that is operated by the students of Yale School of Drama.

The Yale Cabaret is Connecticut's premiere performance space for all forms of theatre as is also home to a well-regarded restaurant. Yale Cabaret was voted Best Theatre Group in New Haven 2006 by the New Haven Advocate. The Yale Cabaret is the lifeblood of the Yale School of Drama. This theatrical laboratory serves as a crucible for our collective dramatic imaginations, and we strive to engage the Yale/New Haven community in a challenging yet life-affirming dialogue. We celebrate both the harmony and the discord of the diverse voices rising up from the fire of our impassioned creation-but it will never be anything less than unforgettable therapy for the human spirit. The Cabaret is eclectic, presenting a different show every week. One week you'll see a modern political drama, the next week a raucous classical comedy. In one year of 20 shows, you'll see performances that are sexy and sad, funny and family-friendly, touching and terrifying. At the Yale Cabaret, you'll never see the same show twice. A visit to the Cabaret begins when you arrive at 217 Park Street for an experience like none other. Descend the stairs and instantly feel the energy and vitality that has inspired over thirty years of dynamic, passionate theater. Proceed to our intimate dining and performance space for a gourmet dinner prepared by Chef Sabrina Scinto. Savor the excitement and surprise of an hour-long show conceived and created by Yale School of Drama students. Performances are Thursdays, Fridays and Saturdays at 8 p.m. and Fridays and Saturdays at 11 p.m. Doors open at 6:30 p.m. for dinner and drinks before the 8 p.m. show. Join us at 9:30 p.m. for appetizers, desserts, and drinks before the late show. Tickets are $15, students $10. A 10-ticket membership is available for $65. The Yale Cabaret is located at 217 Park Street between Edgewood and Chapel Streets in New Haven, across from Yale's Afro-American Cultural Center.

Other amenities: Dining Nearby, Dining nearby, Restaurant